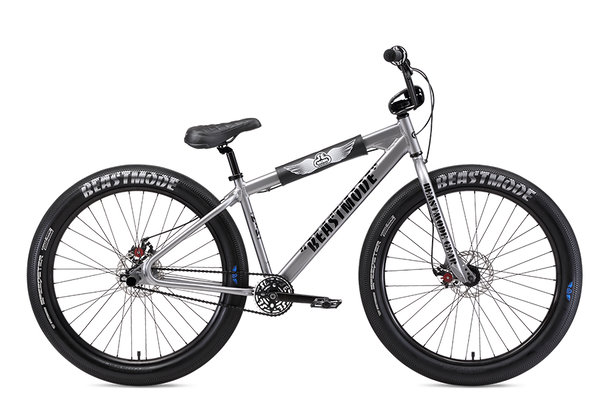 Marshawn Lynch’s 27.5+ Beast Mode Ripper makes its much-anticipated return this year. Long before Marshawn became an NFL Super Bowl Champion and a running back for the Oakland Raiders, he had a love for BMX. So we got together with Marshawn to develop a bike that not only could withstand his abuse, but also captures the elements of his home town of Oakland, CA. This year’s silver and black beast of a bike has been upgraded with the addition of front disc brake to help stop the big 27.5” x 3.0” Beast Mode tires in their tracks. And new this year, the number plate now adorns Marshawn’ football jersey number, No. 24. This is the bike to have if you want to be “bout that action!”